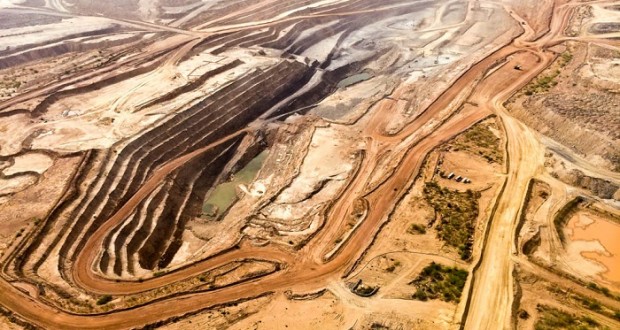 A car-bomb attack on a military base, a high-profile hotel assault, a village massacre.

For Canadian companies that dominate the mining industry in the region, it’s time to redo the risk calculus.

The combined investments of Canadian mining companies in West Africa are estimated to be worth more than 25 billion Canadian dollars.

Key drivers of the current insecurity are the flow of weapons and fighters shed by Libya’s anarchy since the demise of former strongman Muamar Gaddafi, and an increasing number of jihadists that see West Africa as the new front following the defeat of the Islamic State in the Middle East.

Radisson Blu in Bamako under siege

In his first video appearance in five years in April, Islamic State leader, Abu Bakr al-Baghdadi, was seen welcoming new fighters from Burkina Faso and Mali as well as declaring a new province in central Africa, among others.

Mali and Burkina Faso, both important gold producers, have been severely hit with attacks in recent years. Ghana, the biggest gold producer in the region, and up and coming producers, Ivory Coast and Senegal, are also at risk.

Early in July suspected jihadists launched a car-bomb attack on a military base to the remote west of Niger, near the border with Mali, leaving 18 soldiers dead. In May about 20 gunmen invaded a catholic church in Burkina’s northern town of Dablo while Sunday service was going on and killed the priest and five other congregants. It was the second attack in a church in two weeks following one in a nearby town that also left six people dead.

Previous high-profile attacks include the 2015 raid by jihadists on the Radisson Blu hotel in the Malian capital, Bamako, that left 20 dead, the 2016 assault on the Splendid Hotel in Ouagadougou, Burkina Faso, and another in 2018 on the French embassy  and army headquarters in the same city that left eight soldiers and eight attackers dead.

Less known is the violence unleashed in remote areas of the semi-arid and arid Sahel region. The UN Office for the Coordination of Humanitarian Affairs reported at least 193 security incidents in 2018 in which 180 people were killed. In these places, some of the violence has become woven around clashes between farming communities and pastoralists.

In the Lake Chad axis where the frontiers of four countries, Nigeria, Niger, Chad and Cameroon, meet, Boko Haram Islamist fighters have entrenched themselves in the past decade, with a faction now identifying itself as the Islamic State West Africa Province. Troops of a multinational joint task force from all the neighbors have been struggling to contain the 10-year-old  insurgency that has killed more than 29,000 people.

Yet, West Africa remains very promising in its mining potentials. The region’s gold output has grown in recent years to about 9 million ounces annually, close on the heels of North American production of about 12 million ounces, and still is relatively untapped.

The Golden Stool of the Ashantis

Ghana is the biggest gold producer in the region (and the whole of Africa after overtaking South Africa) with 4.8 million ounces. Mali is pushing to reach a target production of 1.92 million ounces this year, with Burkina Faso seeing 1.76 million ounces. Output in Ivory Coast jumped to 800,000 ounces last year while Senegal produced 224,000 ounces.

Indeed, West Africa has a long history with gold. In the 14th century, a Malian king, Mansa Musa, still considered by many as the richest man ever, traveled with so much gold on a pilgrimage to Mecca that the worldwide value of the precious metal collapsed.

In Ghana, the Ashanti had so much gold that the king sat on a golden stool, something the British obsessed about and one of the reasons for the last of the many wars with the Ashanti at the end of the 19th century.

Today, the cities that held sway in ancient Mali, such as Timbuktu, the center of learning, and Gao, the city on a bend of the Niger River, are no longer safe to visit as the security situation continues to deteriorate.