Africa in the Week Ending Jan. 27 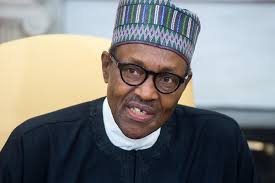 Africa in the Week Ending Jan. 27

Nigeria’s President Muhammadu Buhari suspended the country’s most chief justice on Friday, just three weeks ahead of a presidential election, in what his challenger called an act of dictatorship and the bar association called an “attempted coup”.

Buhari, who was a military ruler in the 1980s and was voted into office in 2015, is seeking a fresh term in an election scheduled to take place on Feb. 16.

The chief justice could preside over a dispute over the election result. Nigeria’s judiciary has helped resolve electoral disputes in past votes, some of which have been marred by violence and vote rigging.

Chief Justice Walter Onnoghen has been asked to appear before a tribunal over allegations of breaching asset-declaration rules. He has not responded to the charges and his lawyers say the tribunal does not have the authority to try him.

Under Nigerian law, state officials must declare their assets before taking office and after they leave.

“With the directive of the CCT (Code of Conduct Tribunal) in a letter dated 23rd January, 2019, accordingly, I hereby suspend Hon Justice Walter Nkanu Samuel Onnoghen as the Chief Justice of Nigeria until the final determination of the case against him,” Buhari said.

In a later tweet, the president said security agencies had traced “suspicious transactions running into millions of dollars to the CJN’s personal accounts, all undeclared or improperly declared as required by law”. He gave no further details. CJN refers to the chief justice of Nigeria.

A media aide to Onnoghen did not respond to phone calls and text messages seeking comment.

Tanko Mohammed, a judge from the northeastern state of Bauchi, was named as the chief justice’s acting replacement.

On Thursday, an appeals court had issued an interim order to halt charges being brought against the chief justice.

“(I) call on Justice Onnoghen and the judiciary to resist with every legal and constitutional means that they can muster,” he said. “This act of desperation is geared towards affecting the outcome of the 2019 Presidential elections,” said Atiku.

The Nigerian Bar Association, in a statement, said it “unequivocally rejects and condemns this attempted coup against the Nigerian judiciary and evident suspension of the Nigerian constitution”.

“The action of the executive portends a slide into anarchy and complete deconstruction of the Rule of Law and due process,” it said in the statement.

It urged a reversal of the suspension and called on parliament to assert its “constitutional authority” to intervene.

A blast near a cinema in the centre of Kenya’s capital injured two people on Saturday and police said they suspected it was a homemade bomb. There was no immediate claim of responsibility.

The incident comes less than two weeks after Islamist militants stormed an upscale hotel in Nairobi, killing 21. That attack was claimed by al Shabaab, a Somali militant group behind a series of attacks in Kenya in recent years.

A man of Somali appearance had hired a porter to push some luggage at about 7 p.m. (1600 GMT) before leaving the porter at a busy junction saying he had to find his identity card, Ndolo said, adding that the luggage then exploded, injuring the porter and a nearby newspaper vendor.

A Reuters reporter at the scene said there did not appear to be any major damage to surrounding shops. Police has set up a security cordon in the area. “It was a very big sharp explosion that made everyone run away,” said security guard Appolonary Odero, who was in the area.

Nigeria’s main opposition party has halted its presidential election campaign for 72 hours weeks ahead of the vote in protest at the suspension of the country’s most senior judge by President Muhammadu Buhari, it said on Saturday.

The European Union’s team observing the election that is scheduled to take place on Feb. 16, as well as the United States and Britain, expressed concern about the suspension.

Nigeria’s judiciary has helped resolve electoral disputes after past votes, some of which have been marred by violence and vote rigging. The chief justice could rule on any future dispute.

The president on Friday said he had suspended chief justice of Nigeria Walter Onnoghen who has been asked to appear before a tribunal over allegations of breaching asset-declaration rules.

Onnoghen has not responded to the charges and his lawyers say the tribunal does not have the authority to try him.

Buhari, who was a military ruler in the 1980s and voted into office in 2015, is seeking a fresh term in the upcoming election. At stake is control of Africa’s top crude oil producer and one of the continent’s biggest economies.

“In the first instance, we are suspending our campaign for 72 hours,” the PDP said in a statement.

“It is our hope that President Buhari will listen to the voice of all lovers of democracy the world over and restore democracy in Nigeria immediately and without qualifications,” it said, calling the suspension a “brazen assault on the constitution”.

Buhari said on Friday a court order from the Code of Conduct Tribunal, which is looking into the asset declaration allegations, directed him to suspend the judge.

“The EU Election Observation Mission is very concerned about the process and timing of the suspension of the Chief Justice of Nigeria,” the EU observers said in an emailed statement.

“The timing, just before the swearing in of justices for Electoral Tribunals and the hearing of election-related cases, has also raised concerns about the opportunity for electoral justice,” it said.

Britain’s High Commission said the timing “risks affecting both domestic and international perceptions on the credibility of the forthcoming elections”, while the U.S. embassy called for issues raised by the suspension to be solved swiftly and peacefully.

The PDP postponed a rally that it was due to hold in the central city of Markudi on Saturday.

The party was in power from the start of civilian rule in 1999 until Buhari’s 2015 election victory with his All Progressives Congress (APC) party.

“It is just an excuse they are looking for in order to escape the defeat that is awaiting them,” Lanre Issa-Onilu, a spokesman for the ruling APC, said in a telephone interview when asked about the opposition’s decision to pause its campaign.

The PDP’s candidate, businessman Atiku Abubakar who served as vice president from 1999 to 2007, is the main challenger to Buhari in the upcoming poll.

Opposition leader Felix Tshisekedi called for national reconciliation on Thursday as he became Democratic Republic of Congo’s president, succeeding Joseph Kabila in Congo’s first transfer of power via an election in 59 years of independence.

“We want to build a strong Congo, turned toward its development in peace and security,” he said to cheers from thousands of supporters on the lawn of the presidential palace. “A Congo for all, in which everyone has a place.”

The pageantry of the ceremony was briefly interrupted when Tshisekedi was taken ill during his inaugural address and had to sit down. But he returned to the podium moments after a brief pause, saying he was exhausted by the election and the emotion of the moment.

His spokesman later told Reuters that his bulletproof vest had been too tight.

Tshisekedi’s victory in the Dec. 30 election was marred by accusations he struck a backroom deal with the outgoing president to deny victory to another opposition candidate. Kabila and Tshisekedi’s camps reject those allegations.

Tshisekedi, wearing a blue suit and dark glasses, took the oath of office before his supporters, government officials and foreign ambassadors.

However, in a sign of lingering doubts about the vote’s credibility, Kenya’s Uhuru Kenyatta was the only foreign head of state present.

Still, the imagery of one leader handing off the presidency to another as Kabila wrapped the presidential sash around his successor was striking in a country where previous power transfers have resulted only from coups, assassination or rebellion.

In his address, Tshisekedi called for “a reconciled Congo” following a contentious election that saw him narrowly defeat another opposition leader, Martin Fayulu, and Kabila’s hand-picked successor, Emmanuel Ramazani Shadary.

Fayulu said he won the election by a landslide, a claim backed by tallies from Congo’s Catholic Church, which deployed 40,000 observers to the polls.

He told Reuters on Thursday that he would never work with Tshisekedi. “Felix has to start by telling the truth,” Fayulu said. “He’s not the president-elect. He is the president appointed by Kabila.”

Many African and Western countries, wary that a dispute could reignite unrest in the volatile central African country, have recognised Tshisekedi after Congo’s highest court dismissed Fayulu’s fraud complaints.

Tshisekedi’s late father, Etienne, was one of Kabila’s fiercest political rivals, losing to him in the 2011 presidential election. Supporters of his Union for Democracy and Social Progress (UDPS) party were among the dozens killed by security forces in protests in response to Kabila’s refusal to step down on time.

At Thursday’s ceremony, UDPS supporters dressed all in white cheered soldiers as they marched along the palace lawn, and longtime political foes sat together in the tribune.

“I am happy today because Felix will change the country. He will give children free education and people food,” said Nsangaa Tshibula, 39, whose white gown was decked in glittery beads.

But Tshisekedi faces widespread suspicion outside the UDPS that his election win came through a secret deal with Kabila that will see the outgoing president continue to pull the strings behind the scenes.

Congolese sources in contact with senior government officials told Reuters that Fayulu won the election decisively, but that top officials ordered the electoral commission to award the vote to Tshisekedi after he struck a deal with Kabila.

Tshisekedi and Kabila’s camps deny that, but Tshisekedi will find it difficult to shake Kabila’s influence regardless.

During his 18 years in power, Kabila installed loyalists throughout the federal bureaucracy, and his ruling coalition won a resounding majority in legislative elections, meaning Tshisekedi’s prime minister will come from its ranks.

Kabila has refused to rule out a fresh run for president in 2023, when he will no longer be constrained by term limits.

That has left many Congolese wondering whether Tshisekedi’s presidency will mark a meaningful break with the Kabila years, during which the economy grew at a healthy clip on the back of surging copper and cobalt production but failed to significantly dent endemic poverty.

Congo remains deeply unstable years after the official end of a 1998-2003 regional war in the eastern borderlands with Uganda, Rwanda and Burundi that led to millions of deaths, most from hunger and disease.

Dozens of militia continue to ravage those areas. Three days of ethnic violence last month in the normally peaceful west also killed nearly 900 people, according to the United Nations.

During the election campaign, Tshisekedi vowed to move the government for at least three months to the city of Goma, on the border with Rwanda, in a bid to reassert state control over that part of the country.

But analysts say his perceived lack of legitimacy in some quarters after the disputed election could embolden armed challenges to his government.