Africa in the Week Ending Jan. 12 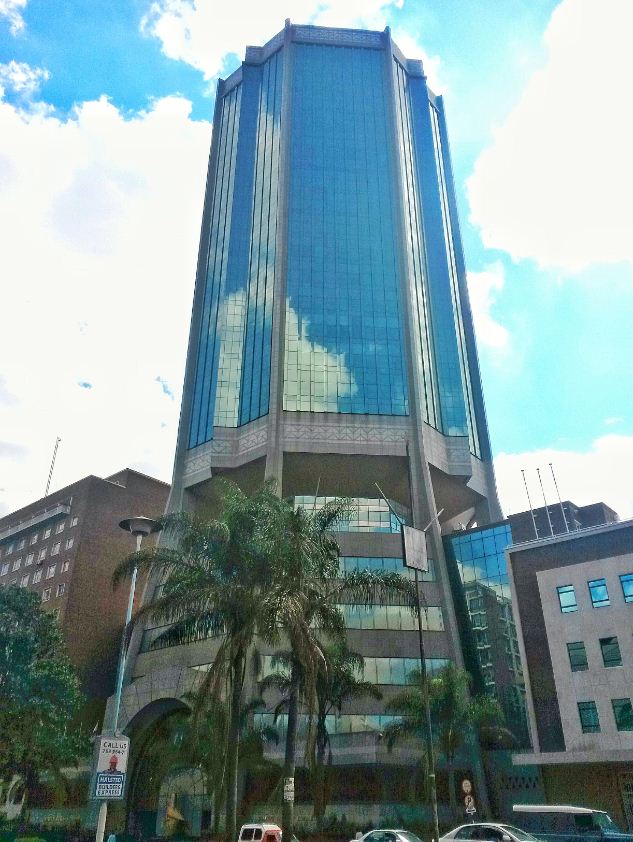 Africa in the Week Ending Jan. 12

Zimbabwe will introduce a new currency in the next 12 months, the country’s Finance Minister said, as a shortage of U.S. dollars plunges the financial system into disarray, forcing businesses to close and threatening unrest.

The southern African nation abandoned its own hyperinflation-wrecked currency in 2009 at the height of an economic recession, adopting the greenback and other currencies including sterling and the South African rand.

But without enough hard currency to back up the $10 billion of electronic funds trapped in local bank accounts, businesses and civil servants are demanding payment in cash which can be deposited and used to make payments both inside and outside the country.

Mthuli Ncube told a townhall meeting late on Friday that a new local currency would be introduced in less than twelve months.

“The victory is not only mine. It is also the victory of Malagasy people,” Rajoelina, a 44-year-old businessman, told jubilant supporters at his party’s headquarters.

He had ousted Ravalomanana, 69, who is known as “the milkman” for his ownership of a dairy business, in a 2009 coup.

Both men said this time they would accept the outcome of the vote. However, after a Dec. 19 runoff, Ravalomanana’s team asked the court to nullify the results and submitted more than 200 complaints about balloting and vote counting.

European Union observers said the election was calm and they did not witness any fraud.

Both men were in court for Tuesday’s ruling.

Madagascar is one of Africa’s poorest nations, with about 80 percent of its 25 million people living on less than $2 per day but is pinning hopes for development on mining and tourism.

The result will undercut Tshisekedi’s ability to deliver on campaign promises to make a break with the 18-year Kabila era and fuel suspicion that his victory, announced on Thursday, came through a backroom deal that will preserve Kabila’s influence over important ministries and the security forces.

Kabila is due to step down in the coming days after 18 years in power, in what was meant to be Congo’s first democratic transfer of power in 59 years of independence. But he has signalled he intends to remain involved in politics and might run for president in 2023 when term limits no longer apply.

Lawyers for the runner-up in the presidential election, Martin Fayulu, were on their way to Congo’s highest court on Saturday to file a fraud complaint.

Fayulu says he won in a landslide with more than 60 percent of votes, and accuses Tshisekedi of striking a deal with Kabila to be declared the winner.

Late in the morning, about 50 Republican Guard soldiers and police officers surrounded his residence, sending dozens of his supporters, who had been chanting against Kabila and Tshisekedi, fleeing inside, a Reuters witness said.

Tshisekedi’s camp denies that there was any deal with Kabila and says meetings it held with the president’s representatives after the election were meant solely to ensure a peaceful transfer of power.

Either way, the parliamentary majority retained by the handful of parties in Kabila’s coalition will curtail Tshisekedi’s room for manoeuvre. Under the constitution, the majority enjoys significant powers and the president must appoint his prime minister from its ranks.

The prime minister, in turn, must countersign presidential orders appointing or dismissing military chiefs, judges and heads of state-owned enterprises.

Adam Chalwe, a national secretary for Kabila’s PPRD party, the biggest within the FCC coalition, told Reuters that results from the individual races announced by the electoral commission (CENI) early Saturday morning showed FCC candidates taking more than 300 out of 500 seats in the National Assembly.

This could not be independently confirmed yet by Reuters.

Parties in the FCC coalition accounted for about 350 seats in the previous legislature.

The coalition’s presidential candidate in the Dec. 30 election, Emmanuel Ramazani Shadary, finished a distant third with 24 percent of the vote. Pre-election polling had shown the FCC lagging behind opposition parties in legislative races.

In a tweet on Saturday, Fayulu wrote that CENI’s results “were invented out of whole cloth. I demand a hand recount of all votes for the three elections (presidential, national legislative and provincial)”.

The disputed outcome threatens to reawaken violence in the huge and tumultuous central African country where millions have died during civil wars since the 1990s.

Security forces killed dozens who protested at Kabila’s refusal to step down when his official mandate expired in 2016, and militia violence rose across the country as armed groups moved to fill a perceived power vacuum.

The runner-up in Democratic Republic of Congo’s presidential election said on Friday he in fact won a landslide victory with more than 60 percent of votes and will file a formal fraud complaint.

The vote was intended as Congo’s first democratic transfer of power in six decades, but instead threatens to reawaken violence in the huge and tumultuous nation where millions have died during civil wars since the 1990s.

“When you know you are in the right, you are not allowed to remain home,” Martin Fayulu said, urging supporters to “rise up” and contest the results with him.

Though pre-election polls predicted a landslide for Fayulu, a businessman and former manager at Exxon Mobil, the national election board, CENI, said he lost to another opposition candidate, Felix Tshisekedi, 55.

Fayulu’s camp said on Friday its tally showed he won 62 percent of votes, to Tshisekedi’s 19 percent.

His supporters believe authorities rigged the result in a deal to protect members of President Joseph Kabila’s outgoing administration and maintain his influence over security forces.

In comments to the U.N. Security Council via teleconference on Friday, CENI president Corneille Nangaa defended the vote’s credibility and attacked CENCO.

“I’d be very interested to know what party they work for,” said Nangaa. “I challenge anyone to say they have the pretension to have collected all the vote tallies.”

CENCO president Marcel Utembi, at the same table as Nangaa at U.N. headquarters in Kinshasa, told the Security Council the bishops’ mission was independent and its conclusions were based on tally sheets representing 72 percent of ballots.

CENCO has not stated publicly who it believes won the election, but three diplomats briefed on its findings told Reuters it had determined Fayulu was the clear winner.

The head of the U.N. peacekeeping mission in Congo, Leila Zerrougui, said preliminary reports from her mission and other observers all indicated the vote “happened satisfactorily despite the technical, logistical and security problem”.

Yet internal U.N. reports seen by Reuters noted allegations of irregularities across the country, including militia fighters reportedly forcing voters to select candidates from the ruling coalition. Another domestic observer mission said it witnessed vote tampering and other “major” irregularities.

“It seems important to us to exhort our partners and friendly countries to not throw fuel on the fire by speculating about the result, but to work for the consolidation of democracy and peace,” said Congo’s U.N. ambassador, Ignace Gata Mavita wa Lufuta.

Fayulu’s camp said it would raise these issues with Congo’s highest court on Saturday morning. It has asked the election board to publish results from every polling station.

Republican Guard soldiers and police officers surrounded the residence of the runner-up in Democratic Republic of Congo’s presidential election on Saturday before he could leave to file a fraud complaint in court, witnesses said.

Dozens of supporters of Martin Fayulu, who had gathered outside his Kinshasa hotel and residence and were chanting slogansd against outgoing President Joseph Kabila and President-elect Felix Tshisekedi, fled inside the building when the security forces arrived, a Reuters witness said.