Africa in the Week Ending Dec. 8 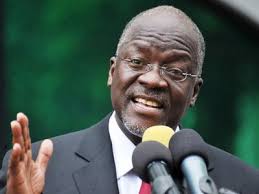 Africa in the Week Ending Dec. 8

Mining companies from Australian are flocking to Tanzania to take advantage of opportunities in the East African country, with at least 16 currently in the process of formalizing their presence by official registration, the local Citizen newspaper reports.

The companies are mainly medium- and large-sized ones with other investors also making inquiries, the paper reported Alison Chartres, Australia’s High Commissioner to Kenya, Rwanda, Uganda and Tanzania, was reported as saying at an event in the capital, Dar es Salaam. While a majority of the investors are interested in mining giving Australia’s expertise in the industry, many others are showing interest in investing in renewable energy, agriculture and financial technology.

“People from my country are impressed and confident with the Tanzanian way of doing business,” Chartres was quoted as saying. “They see a strong political will for investments.”

More than 55 companies from Australia, New Zealand, the U.S. and Tanzania had gathered at the event at the Hyatt Regency’s The Kilimanjaro to discuss business opportunities in the country. Minerals produced in Tanzania include gold, copper, cobalt, silver, iron ore, nickel, diamond, phosphate, coal and uranium, among others.

With an average growth rate of 6.7% between 2013 and 2017 – double the African average – East Africa is one of the fastest growing regions in the world, accompanied by rapid social improvements.

Average life expectancy has increased by an average of 5.3 years over the past decade, with Kenya and Rwanda registering historically unprecedented gains of 8.5 years.

“There are of course still many challenges – chief among them being the need for faster job creation for the rapidly growing population – but on balance, progress has been impressive. Life expectancy is a good general indicator of living standards, and the pace of change is one of the fastest in history”, said Andrew Mold, the Acting Director of the ECA in Eastern Africa, presenting an overview of economic and social developments in the region at the 22nd meeting of the Intergovernmental Committee of Experts, ICE.

The three-day meeting takes place in Kigali, Rwanda, and gathers more than 250 economic stakeholders and decision makers of 14 countries in East Africa.

In 2019, the region is expected to grow at 6.2%, thanks to sustained public and private investment, renewed optimism in the Horn of Africa, and the opening up of new trade opportunities under the AfCFTA.

Minister of Finance and Economic Planning of Rwanda, Dr. Uzziel Ndagijimana noted that “ In many aspects, the Eastern Africa region has been leading continental trends – be it in terms of economic progress but also social – with life expectancy and other indicators improving a lot over the last decade.”

Amongst the challenges are the impact of climate change on agricultural production, rising levels of debt in some countries, and peace and security concerns. Outside the continent, the specter of trade wars and moderating global demand could also impact on regional growth. At such a time, ECA argues that African countries should focus their attention on the more resilient and dynamic regional trading relations.

Participants of the ICE meeting will discuss how to strengthen regional integration through the implementation of the African Continental Free Trade Agreement, AfCFTA.

Boost for Cyril Ramaphosa as South Africa Emerges From Recession

South Africa emerged from recession in the third quarter of the year, easing pressure on President Cyril Ramaphosa over his handling of the economy. But the recovery may be shortlived as Eskom, the struggling state electricity monopoly, imposes a spate of phased power blackouts on industry.

Africa’s most industrialised economy grew 2.2 per cent quarter on quarter in the three months to the end of September, ending a recession that marred Mr Ramaphosa’s first months in power after he replaced Jacob Zuma earlier this year. Rebounds in manufacturing, finance and trade drove the recovery despite an 8.8 per cent drop in mining output, South Africa’s statistics agency said on Tuesday.

But on Tuesday the country entered its sixth consecutive day of the so-called “load-shedding” — outages aimed at forestalling total blackouts — as Eskom’s power plants continued to struggle. The crisis has exposed the difficulties facing Mr Ramaphosa as he attempts to revive the South African economy, which stagnated under his predecessor. The country’s output has not grown for more than three consecutive quarters since 2014-2015 and has not surpassed annual growth of 2 per cent since 2013. Central bank forecasts for annual growth in 2018 remain weak at less than 1 per cent.

“While we welcome this positive news, we remain concerned that our economy is not growing fast enough,” a spokesperson for the ruling African National Congress said on Tuesday. The economy is facing deep structural problems such as high jobless rates among the black majority and lack of investment.

Mr Ramaphosa is also seeking to reassure investors that the ANC will not compromise property rights as it moves ahead with a constitutional change to allow the expropriation of land without payment. The ANC says the policy is necessary to ease massive inequality in land ownership that has persisted since the end of apartheid. South Africa’s parliament debated the measure on Tuesday. An index of agribusiness confidence has fallen to its lowest level since 2009, in part because of uncertainty over land reform.

“Any reckless move in policy which might undermine property rights could dent investment and long-run growth prospects in the sector,” Wandile Sihlobo, head of research at the Agricultural Business Chamber, said.

The International Monetary Fund (IMF) said it expected Rwanda’s economy to grow a projected 7.2 percent this year, up from 6.1 percent last year.

“Growth averaged 8.6 percent in the first half of 2018 and, despite a temporary deceleration in Q2, remains in line with projections for 7.2 percent for the year,” it said in a statement late Friday.

The east African nation’s economic growth in the medium term was expected to remain at, or higher than, historical averages, based on tourism, new mining operations, more resilient agriculture, new and more diversified exports and the construction of a new airport.
External balances and foreign reserve continued to improve, while the financial sector remains healthy, it said.

Over two decades after the 1994 genocide, Rwandan president Paul Kagame has been hailed for the economic recovery but rights groups say he has muzzled independent media and suppressed opponents. The government rejects the criticism.