Africa in the Week Ending Dec. 1 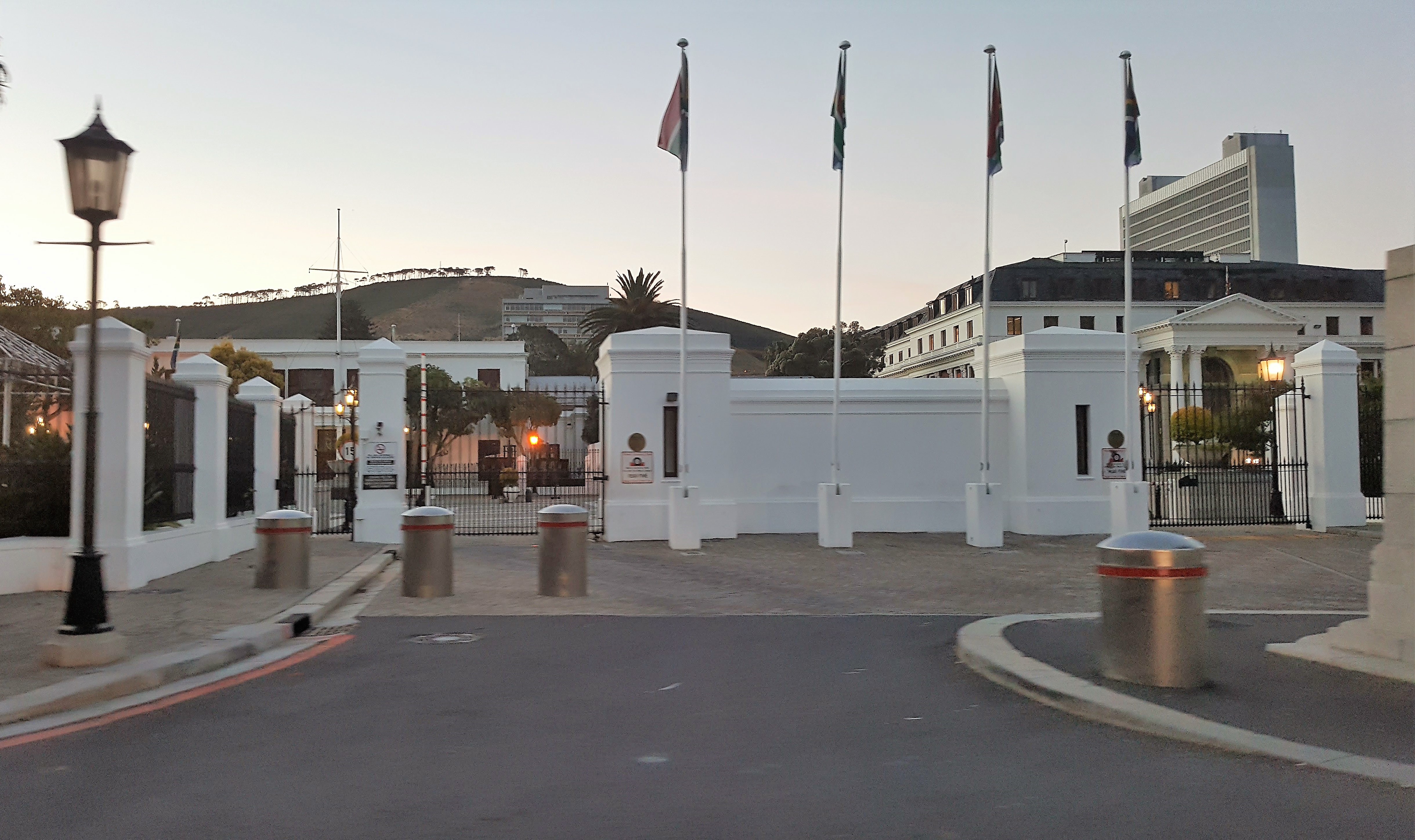 Africa in the Week Ending Dec. 1

Judges Vincent Saldanha and Nape Dolamo of the Western Cape judicial division rejected the legal move by AfriForum, a civil rights group linked to South Africa’s Solidarity Trade Union, in a ruling on Friday. The ruling sets aside the urgent request to block the report adopted on November 15, but will still hear arguments challenging the process at a later date.

“I think it is a victory for South Africans that we can continue with land reform and uniting our country,” said Vincent Smith, a member of parliament for the ruling African National Congress (ANC).

AfriForum, however, vowed that the fight is far from over, and that it is only getting started.

ANC is initiating land reforms, delayed since the end of apartheid in 1994, to address one of the most sensitive legacies of while rule – the forceful expropriation of land belonging to Africans by white settlers.

A human rights group on Friday challenged the Kenyan government in court over banning international charity Marie Stopes from providing abortion services, saying the move would drive thousands of women and girls to backstreet clinics.

Kenyan authorities directed Marie Stopes to suspend offering abortions and post-abortion care on Nov. 14, after complaints its media campaign was promoting the termination of unwanted pregnancies – a charge the charity denies.

Abortions are not permitted in Kenya unless a woman’s life or health is in danger and emergency treatment is required.

The Center for Reproductive Rights (CRR) said it had filed a petition calling on the high court to declare the ban by the Kenya Medical Practitioners and Dentists Board (KMPDB) unconstitutional and have it lifted immediately.

“Marie Stopes is providing emergency abortions and post-abortive care – and this is provided for under the constitution,” Evelyne Opondo, CRR’s Africa director, told the Thomson Reuters Foundation. “The constitution also states that emergency care is a right of every citizen and so Marie Stopes – like any other health facility – has an obligation to provide such care.”

Opondo said the ban would have a huge impact on the women and girls from poor informal settlements who make up the majority of the charity’s patients. It would drive many to backstreet clinics, putting their lives at risk, she added.

Marie Stopes – which has worked in Kenya for more than three decades and has 22 clinics across the east African nation – said it was not part of the petition.

The charity said its media campaign was aimed at creating public awareness of Kenya’s high rates of unsafe abortion, rather than encouraging people to terminate their pregnancies.

Ethiopia has overtaken Dubai as a conduit for long-haul passengers to Africa, highlighting the success of the state airline’s expansion drive and the reforms of its new prime minister.

Travel consultancy ForwardKeys said on Wednesday Addis Ababa airport had increased the number of international transfer passengers to sub-Saharan Africa for five years in a row, and in 2018 had surpassed Dubai, one of the world’s busiest airports, as the transfer hub for long-haul travel to the region.

Analysing data from travel booking systems that record 17 million flight bookings a day, ForwardKeys found the number of long-haul transfers to sub-Saharan Africa via Addis Ababa jumped by 85 percent from 2013 to 2017. Transfers via Dubai over the same period rose by 31 percent.

So far this year, Addis Ababa’s growth is 18 percent, versus 3 percent for Dubai.

Dubai has long been a major global air travel hub because it is the base of Gulf carrier Emirates. Given the lack of an “open skies” deal smoothing flights across Africa, many passengers travelling between one part of the continent and another, or from Asia or Europe to Africa, must often transit through Dubai. However, this is changing as Ethiopian Airlines, the country’s most successful state company, is accelerating a 15-year strategy it launched in 2010 to win back market share on routes to and from Africa that are dominated by Turkish Airlines and Emirates.

It is also weaving a patchwork of new African routes to rapidly expanding and lucrative Asian markets.

ForwardKeys also attributed the recent jump in bookings via Addis Ababa in part to a positive international response to the broad reforms introduced by Ethiopian Prime Minister Abiy Ahmed, who came to power in April and has upended politics in the Horn of Africa country of around 105 million people.

It cited two changes in particular: a move to allow visitors to apply for visas online, and Abiy’s pledge to open Ethiopia’s largely state-controlled economy to foreign investment.

After Abiy made peace with Eritrea to end a two-decade state of war, Ethiopian resumed flights to its neighbour in July. This month, it relaunched flights to Somalia’s capital after four decades.

And the rise of travel via Addis Ababa looks set to continue. International bookings via Ethiopia are up 40 percent year-on-year for November to January 2019, ahead of all other destinations in Africa, ForwardKeys said.

The Central Bank of Kenya (CBK) Governor, Dr Patrick Njoroge, has reiterated that the Kenyan shilling is properly valued and that its value was dictated by the forces of demand and supply.

Dr Njoroge said the shilling’s value against other currencies, such as the US dollar, had no fundamental miscalculation as had been suggested by the International Monetary Fund (IMF) and other analysts.

“There has been a lot of discussion about our exchange rate assessment and the exchange rate policy— We don’t have a view about the level or direction of the shilling. We let the market drive the price of the shilling,” he said at a post-Monetary Policy Committee meeting briefing in Nairobi.

‘We only intervene to minimise volatility in the market since volatility can be destabilising in the foreign exchange market and other areas of the market.”

Dr Njoroge said that CBK relied on several approaches in doing that, pointing out that the level of any misalignment of the shilling, if any, was in the region of five percent.

The governor told the press that CBK would soon upload on its website a comprehensive explanation of the approaches it uses on the shilling, adding that any intervention measures were only disclosed to the market at an appropriate time, not to cause jitters.

The shilling has come under spotlight since September when IMF terminated Kenya’s access to a $1.5 billion (Sh152bn) precautionary loan facility.